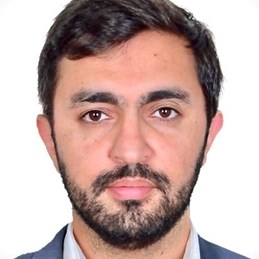 Area of Study: Communications and Media

Mehmood Ali Khan is an award winning documentary filmmaker. He graduated from the National College of Arts with distinction from the department of Film and Television. Later he did his Masters in Muslim Cultures from Institute for the Study of Muslim Civilisation in London. He is currently a PhD candidate in media studies. His project is being supervised at the Cinepoetics (Center for Advance Film Studies) at Freie University Berlin and at the Center for Near and Middle Eastern Studies, at Philip-Marburg Universität. Mehmood was also part of the MIDA’s (Mediating Islam in the Digital) Summer School for young researchers in Catania Sicily funded by European Union’s Horizon 2020 research and innovation programme under the Marie Sklodowska-Curie grant.