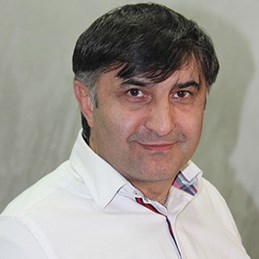 Before joining SPCE, he worked as a teacher at Governmental Gymnasium, and also as a Social Sciences trainer and project assistant with Aga Khan Education Service. From September to December 2009, Davronov served as an Associate Consultant with European Commission in Tajikistan.

He holds an MA degree in Political Science from OSCE Academy Bishkek as well as a Diploma with Honours from Khorog State University's faculty of History and Sociology.