The campus towns of Naryn, Kyrgyzstan, Khorog, Tajikistan and Tekeli, Kazakhstan are culturally and ecologically rich secondary cities on the historic Silk Road, within 150 miles of China. UCA campuses provide access to quality education outside of capital cities, foster regional hubs of technology and innovation and offer a uniquely immersive residential experience.

Naryn town is located in the Naryn Basin, on the left bank of the Naryn River, at the foot of the Tian Shan mountain range. It is at an altitude of more than 2,020 metres above sea level, and is south of the Balykchy railway station. It has been the center of the Naryn Oblast since the development of administrative divisions in 1971.

Naryn Oblast is made up of five districts and two towns. Naryn town has the largest population in the region, and has emerged as a fortified settlement on the trade route from Kashkar (China) to the Chui valley in Kyrgyzstan. The two highways in Naryn mark significant crossroads connecting the North to South (Kyrgyzstan to China), as well as the East to West (Zhyluu-Suu and Dostuk). The roads are located at the axis of the town’s development. The Bishkek-Torugart highway also passes through Naryn town. The Town is about 350 km from Bishkek, Kyrgyzstan’s capital, and 176 km from the Balykchy railway station.

Naryn river is one of the main rivers in Kyrgyzstan, is 535 km long, and exceeds 40 metres in some places. Several hydroelectric power stations have been constructed on this river, which provide electricity for most of the country. These include the Toktogul, Tash-Kumyr, and Kurpsai hydro-power plants.

During the first phase of the Naryn campus construction from 2014-2016, UCA created more than 700 jobs in Kyrgyzstan, of which 80% were Naryn residents. Similarly, with over 100 permanent new faculty and staff jobs at UCA’s Naryn Campus, over 80% are filled by local residents. These include important positions in facilities management, catering, mechanical and electrical systems, maintenance, security, cleaning, gardening, materials supply, laundry, transportation, leisure and sport facilities, and medical services.
When all phases of construction in Naryn, Khorog and Tekeli are completed, UCA is expected to generate more than 350,000 days of employment, with an economic impact of over US$750 million.

Building a University Town in Naryn

Economic development is at the heart of the University of Central Asia (UCA) development strategy, which strengthens existing enterprises and promotes the establishment of new ones.

UCA was founded in 2000 as a private, not for profit, secular university through an International Treaty signed by the Presidents of Tajikistan, Kyrgyzstan, and Kazakhstan, and His Highness the Aga Khan; ratified by their respective parliaments and registered with the United Nations.

The Presidents are the Patrons of the University and His Highness is the Chancellor. UCA's mission is to promote the social and economic development of Central Asia, particularly its mountain communities, by offering an internationally recognised standard of higher education, and enabling the peoples of the region to preserve their rich cultural heritage as assets for the future. UCA brings with it the broader commitment and partnership of the Aga Khan Development Network (AKDN).

UCA’s undergraduate programmes are located at its residential campuses in Naryn, Kyrgyzstan (launched in 2016), and Khorog, Tajikistan (2017). The Tekeli campus in Kazakhstan is expected to start classes in 2022. UCA’s School of Professional and Continuing Education (SPCE) also has a Town Campus learning centre in Naryn. 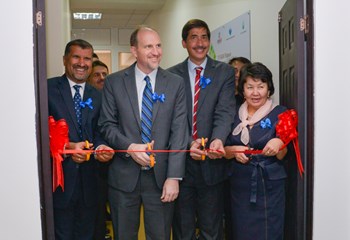 Naryn Centre for Entrepreneurship to Create Jobs for Youth 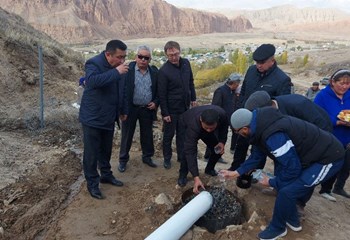 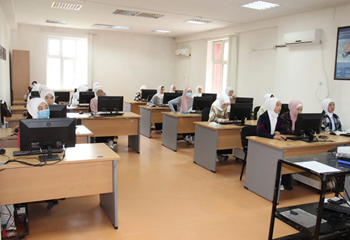 In the Media: Young Women Take ICDL Tests in Naryn