17 August 2020
On the surface, these horses galloping against the backdrop of spring mountains seem like nothing more than a pretty picture one would find in a tourist brochure.

However, the real story behind this beautiful scenery, captured on camera in the Naryn region of Kyrgyzstan, is far more concerning.

This "ugly beauty" portrays hunger, which has chased the horses from remote pastures down to plains, where villagers grow hay. Local chabans (herders) note that from year to year, vegetation on mountain pastures grows more and more scanty, often forcing animals to descend into villages in search of food.

Traditionally in the Spring, livestock is moved from lower-elevation villages up to remote mountain pastures until the Autumn, so that animals can gain weight to survive the winter season on hay reserves stored in pens.

In recent years, however, this traditional vertical pasture rotation system has proven to be less reliable due to grazing pressures, pasture degradation and climate change, which aggravates and multiplies existing threats to the state of pastures.

“Kyrgyzstan is the third most vulnerable to climate change impacts in Eastern Europe and Central Asia, primarily due to the sensitivity of its agricultural systems to climatic change,” said Dr. Lira Sagynbekova, Research Fellow at the University of Central Asia’s (UCA) Mountain Societies Research Institute (MSRI). “Impacts such as climate temperature change could cause altered precipitation patterns and more frequent heat extremes. This leads to an increased incidence of aridity and drought, particularly in the mountain pastures. Since Kyrgyzstan’s land area is 90% mountainous, it is increasingly important to build resilience to these climate changes, and to enable communities to continue thriving.”

Pastoralism is one of major thematic research areas that UCA’s MSRI has been engaged in since 2011, when it was established as an inter-and transdisciplinary research institute within UCA’s Graduate School of Development. Several projects have been implemented to produce research and policy outputs that explore pasture resources management, impact of climate change on local community livelihood and resilience assessment.

In collaboration with the London School of Economics and Political Science (LSE), MSRI developed a new approach towards understanding and assessing resilience capacity in rural mountain communities.

The project was led by MSRI’s Dr. Sagynbekova. The methodology of using subjective approaches to measure resilience emphasises the power of local people to understand and communicate their own resilience capacities, without the need for long and complex surveys. The project revealed the importance of social capital and labour migration in enhancing resilience of rural communities to climate related and socioeconomic shocks and stressors. 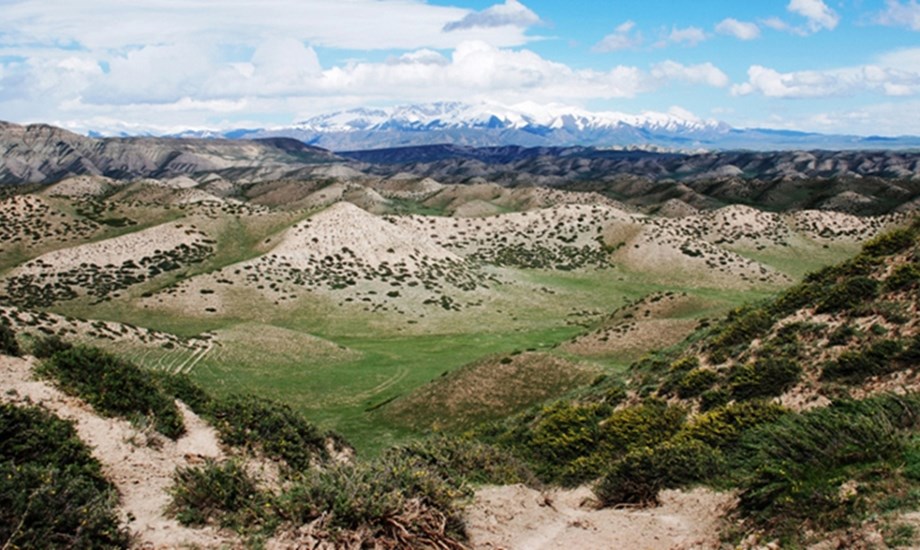 Highland pastures in the Naryn region. According to the Department of pastures and breeding livestock production of the Ministry of Agriculture of the Kyrgyz Republic, the area of pastures in Kyrgyzstan is 9 million 147 thousand ha. They occupy more than 85% of the total agricultural land. About 49% of the country’s pastures are degraded. (Source: https://sropasture.kg/info)

Azamat Azarov, MSRI Research Fellow, who is originally from the Naryn region, shared that there are significant knowledge gaps related to the prevailing farming systems and their socioeconomic performance.

Some studies state that smallholder rural farming systems in Kyrgyzstan have increased social and economic inequalities. However, most existing studies do not take into account the mutual connections between crop-livestock systems, herding practices, and profitability of livestock husbandry.

A recent study by UCA’s Mountain Societies Research Institute on the  Characteristics  and Profitability of Livestock-based Farming Systems At-Bashy, Naryn Oblast revealed that the current animal production method in the region is not only unsustainable in terms of pasture use, but also highly risky due to high mortality rates and low market prices for animals. It highlights the importance of understanding the farm agricultural production system in order to make efficient interventions that can contribute to improved crop and animal productivity and sustainable pasture use.
“The Naryn region is one of the most important livestock production areas in Kyrgyzstan, with highland pastures covering nearly 90% of the designated agricultural land. Prevailing agricultural production systems of local small-scale farms focus on animal husbandry, which depend on a mix of crop and pasture land around settlements and higher elevation summer pastures,” said Azamat Azarov, co-author of the study. “Insufficient production of winter feed and the degradation of pastures around villages due to over-stocking, especially in early spring, result in low fattening, decreased health of livestock, and subsequent low profitability from animal husbandry.”

The study aimed to characterise prevailing farming systems in terms of their herding practices and fodder cropping, to determine annual fodder demand and supply for herds, and economic contribution of current livestock raising practices.

The research group computed gross margins to assess the farmers’ operational performance in livestock production. Linear programming (linear optimization) was applied to optimize available resources and production system to achieve the maximum gross margins.
In addition to new scientific knowledge, the study offers recommendations and tools that can help to better benefit from market opportunities for livestock and agricultural products in a sustainable basis and enable farmers to adjust and modify their farm management.
According to Azamat Azarov, MSRI is currently developing follow up activities to effectively transfer these research insights and recommendations to decision-makers at national and local levels. The publication has been translated into the Kyrgyz language and researchers plan to engage relevant state bodies, Department of Pastures of the Ministry of Agriculture, National pasture users' Association and Naryn pasture committees in order to apply the research to practice and increase the adaptive capacity of local livestock farmers. 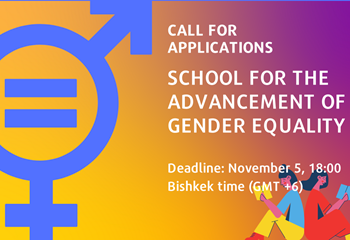