Session 1 - Urkun: Something the Kyrgyz People Will Never Forget

The forced migration of Kyrgyz people to China (Xinjiang region) between 1916 -1934 resulted in the deaths of thousands of men, women and children. It also destroyed many families and left massive emotional trauma for those who have survived on both sides, Chinese and Kyrgyz. The Kyrgyz people call this tragedy “Urkun”, or forced exodus. This relates firstly to the exodus from the Russian Empire and later from the Soviet regime.

Memories of Urkun continue to live in national folklore and have become integrated in the collective cultural identity of Kyrgyz people. At the same time, the (hi)story of Urkun is often omitted from the official historical narrative. The absence of an official narrative accessible to the public through school history textbooks and other texts resulted in the mythologisation of Urkun. In mythologizing the Urkun, the trauma and psychological impact of the forced transmigration of the Kyrgyz people has never been resolved.

In this paper, we use oral history methodology to collect memories of the descendants of Urkun who now live in Kyrgyzstan.  Their understanding of the Urkun, linked through the process of ‘postmemory’ help us to construct relations between past and present, and between individual and collective memory.  In this project we aim to understand how people make sense of the past, connect it with their present, and how they manage to interpret the effect of the past on their own lives.

Session 2 - Journalism, Politics of Dissent, and Truth Activism in the Global South

There is nothing more political and socially committed than act of truth-revealing particularly in the global south. While the power system is constantly aimed at a curated, monolithic image of reality to shape and guide acts and patterns of judgment, the continued revelation of actual truth through journalism embodies a centrifugal force. Hence, journalism and activism whose conflation is commonly warned against in the literature and resisted by the press, arise effectively from a fundamental unity that can only be taken apart theoretically and not in practice. The paper argues that in the states of repressive rule and transitional democracy journalism consists in socio-political praxis and presents act of dissent, opposition, and civil disobedience. Narrating the actual truth in its hermeneutic openness, journalism would lead to (a) a breaking of the cycles of naturalised falsehood, mendacity, and ideological levelling of consciousness, (b) enabling for-itself consciousness, (c) and opening up new epistemic horizons for seeking and conceiving alternative reality. In short, lying at the heart of journalism, pre-eminently in the global South, is truth activism.

The online lecture will be delivered in English.

Past online lectures are available on the University of Central Asia's YouTube channel at http://www.youtube.com/ucentralasia.

Ideas presented in this lecture reflect the personal opinion of the speaker and do not necessarily represent the views of the University of Central Asia and/or its employees. 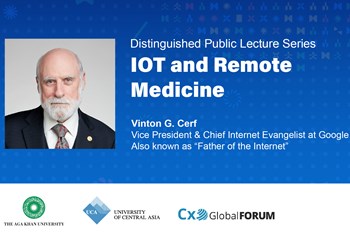 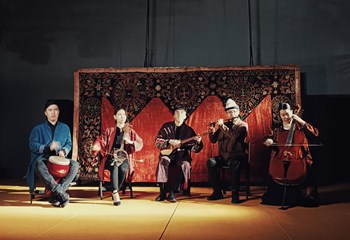