Anthropogenic climate change is arguably the most significant and most urgent problem humanity faces in the present time. There is widespread agreement about its immediate causes, most importantly carbon dioxide (CO2) emissions, and a wide array of proposals for both mitigation of global warming and adaptation to its consequences exists.

Nevertheless, there also is an absence of adequate action, for which the recent COP27 meeting of the United Nations Framework Convention on Climate Change (UNFCCC) provided further evidence. Thus, attention has been focused on the supposed gap between knowledge and action and on the question of communication of scientific findings to policymakers and wider society.

This presentation aims to change the perspective on the phenomenon. Rather than looking at climate change as a problem, it tries to understand to which problems the emission of CO2 - and by extension the burning of fossil fuels or, even more widely, the intensive use of biophysical resources - was seen as a solution. Towards this end, the presentation will take two steps, one conceptual and one historical: First, it will reflect on the ways in which problem-oriented human action can lead to unintended consequences of major significance, and it will explore the notions of "scarcity" and "frontiers" as keys to reading human history. Second, it will apply these conceptual reflections to a - sweeping - reading of the main phases of human history, from the so-called agricultural revolution to the present, giving particular attention to the possible changes of ecological regime after the "Columbian exchange" (around 1500), after the exploration of the "first vertical frontier" of deep coal-mining (around 1800), and again after the exploration of the "second vertical frontier" of crude oil and gas extraction (around 1900).

Peter Wagner is educated in economics, political science and sociology in Hamburg, London and Berlin. He was Research Fellow at the Wissenschaftszentrum Berlin für Sozialforschung (1983-1995), Professor of Sociology at the U of Warwick (1996-2006) and the U of Trento (2006-2010) as well as Professor of Social and Political Theory at the European University Institute in Florence (1999-2006). Furthermore, he was project director at Ural Federal University, Ekaterinburg (2018-2020), and held visiting positions at the University of Hamburg (2019-20), Université de Paris 8 (2011); U catholique de Louvain-la-neuve (2009-10); U of Cape Town (2009-10); EHESS, Paris (1998; 2001); U of California at Berkeley (1996; 1997); Swedish Collegium for Advanced Study, Uppsala; Institute for Advanced Study, Princeton (1990-91), among others. He is a member of Academia Europaea and chair of the section "Social change and social thought" there. Currently Peter Wagner is a Research Fellow at the Catalan Institution for Research and Advanced Studies (ICREA) and Senior Research Fellow at the research cluster “Modernity in Central Asia: Society, Identity, Environment” at the University of Central Asia.

Peter Wagner's research is based in comparative historical and political sociology, social and political theory, and sociology of the social sciences. It focuses on the identification and comparative analysis of different forms of social and political modernity and of the historical trajectories and transformations of modern societies. Initially applied to a comparative political sociology of European societies, the research programme has been elaborated further towards a "world-sociology", focusing on Latin American, Southern African and more broadly BRICS societies in terms of global connectedness. Analyzing the persisting tensions between struggles for autonomy and forms of domination, it explores in the light of historical experiences in different world-regions the current possibilities of progress, not least in the face of human action reaching and exceeding planetary boundaries. 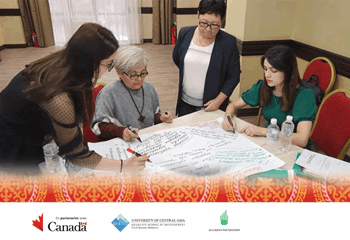