CSI continues to lead efforts in promoting accountable, responsive and inclusive governance in Kyrgyzstan, through its membership and participation in the National Forum of Open Government Partnership (OGP), an international initiative which involves 79 countries representing more than two billion people, along with thousands of civil society actors.

A number of civic discussions are conducted by CSI on open data, including data disclosure in the mining industry, state and municipal property, as well as external and internal state borrowings. These initiatives are included in the National Action Plan and have been posted on the Government portal and OGP website  developed by CSI.

In 2019, the Prime Minister of Kyrgyzstan presented a certificate of recognition to CSI, for its contribution to the development of the First National Action Plan, and the formation of the National Forum.

Focus group discussions were also organised by CSI in response to company-community conflicts among six mining affected communities in Kyrgyzstan. They were aimed at better understanding company-community dynamics prior to conducting data disclosure with a commitment under the National Action Plan of the Open Government. The results and recommendations were shared by the working group for further consideration by the State Agency on Mineral Resources. Within the framework of this work, UCA has been recognised by the Parliament of Kyrgyzstan and the National Forum of the OGP, for its significant contribution specifically related to the disclosure of mining industry data. 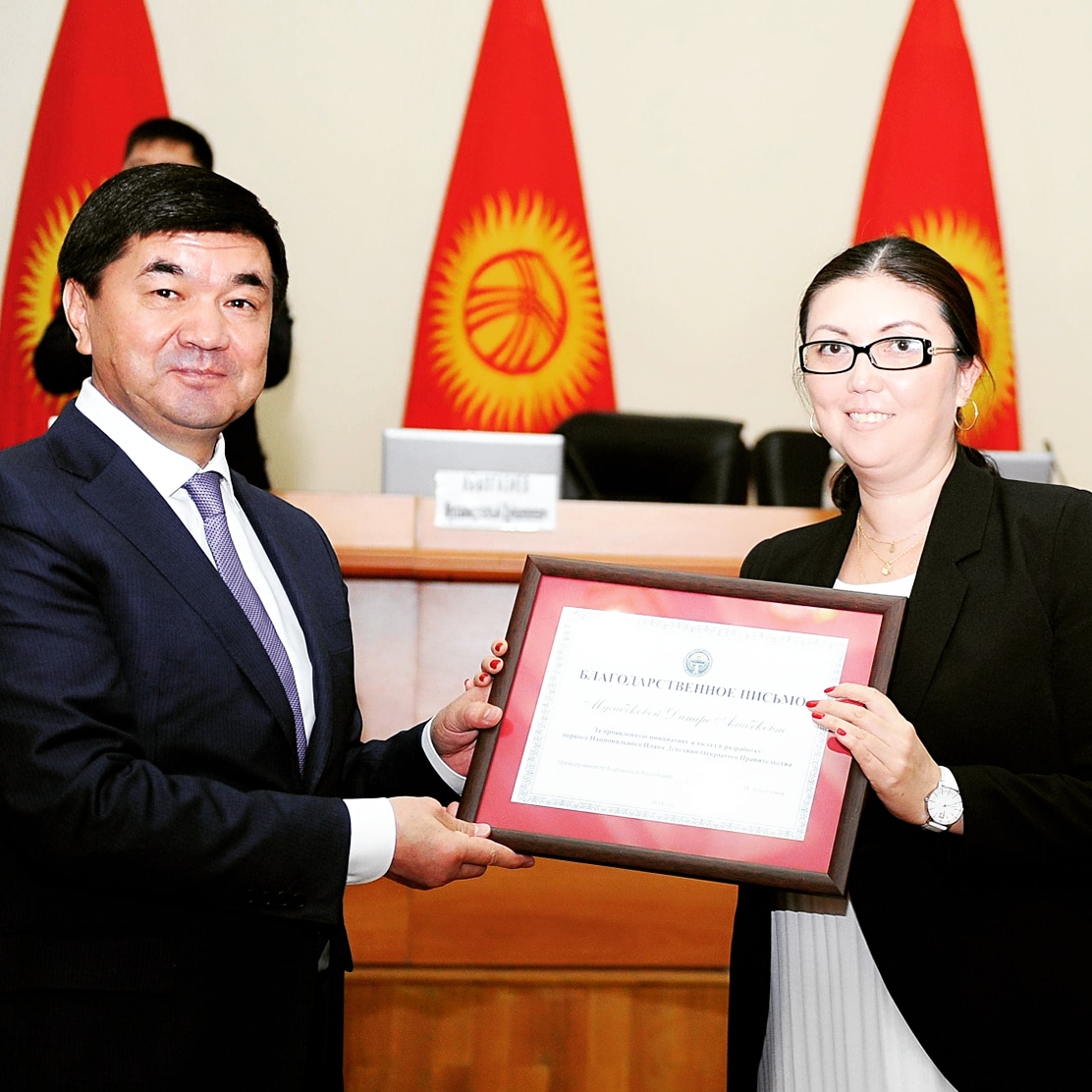 Mukhammedkalyi Abylgaziev, Prime Minister of Kyrgyzstan, presents a certificate of recognition to Dinara Musabekova (right), Head of UCA’s Civil Society Initiative, for her contribution to the development of the First National Action Plan and the formation of the National Forum. 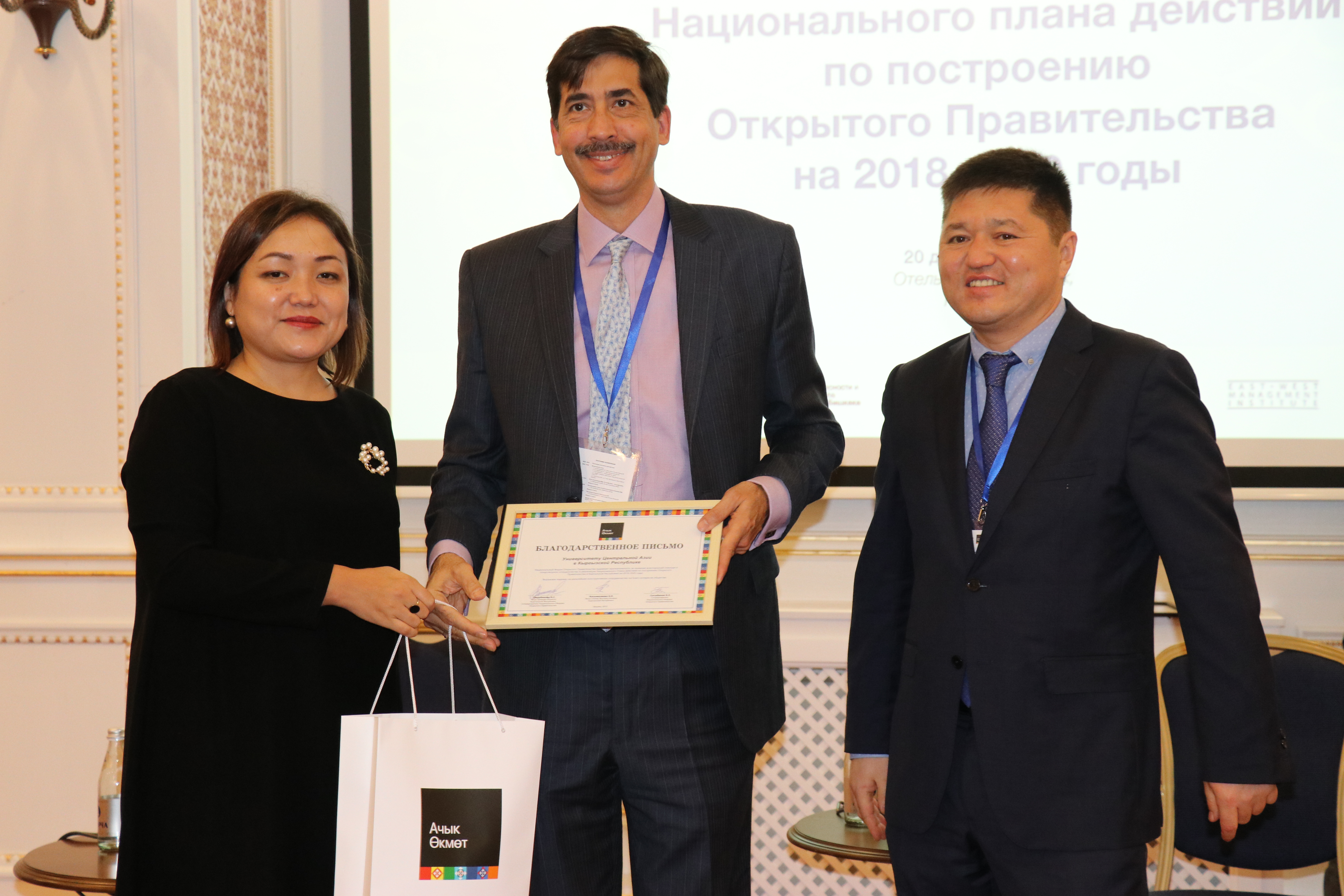 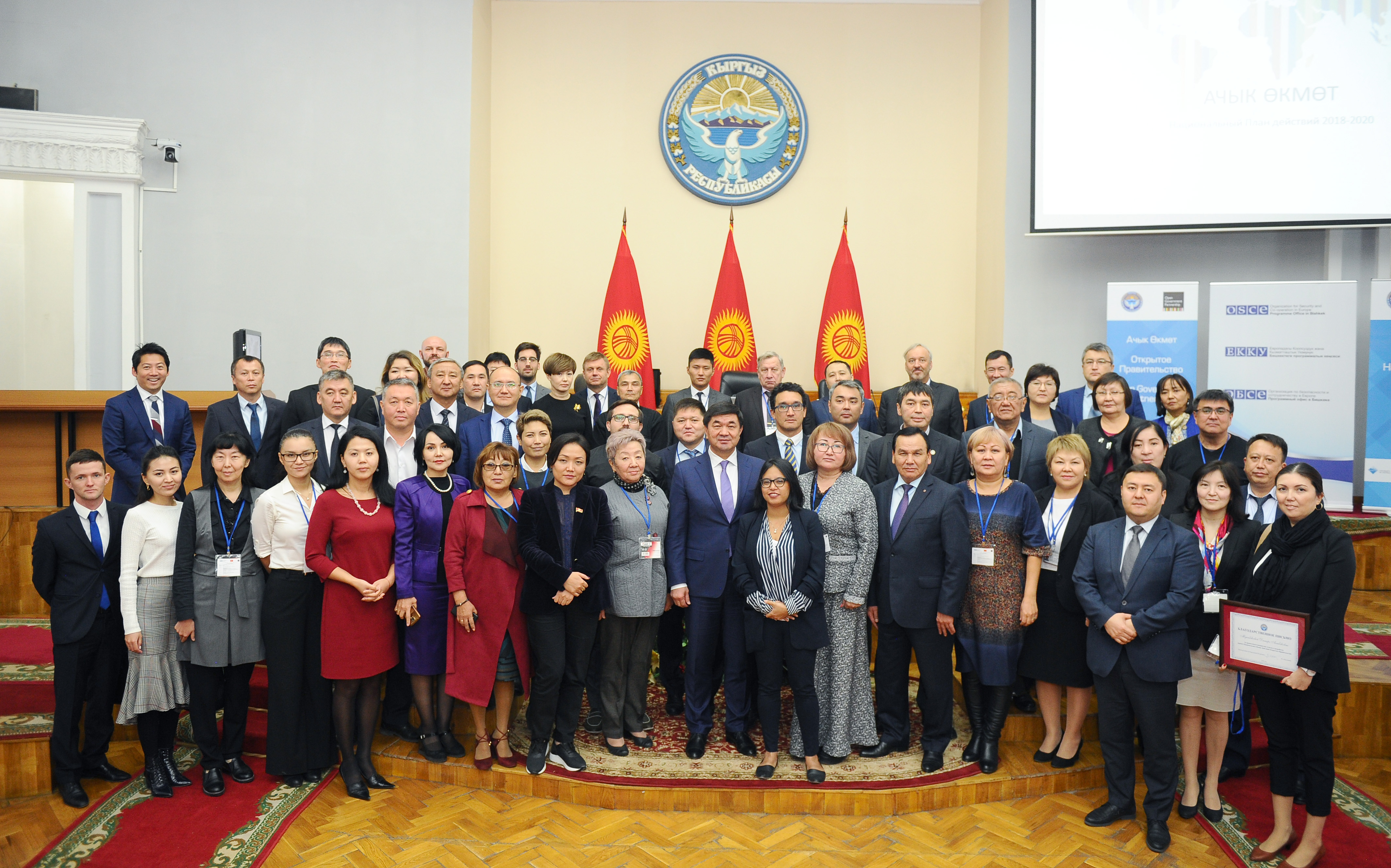