The campus towns of Naryn, Kyrgyzstan, Khorog, Tajikistan and Tekeli, Kazakhstan are culturally and ecologically rich secondary cities on the historic Silk Road, within 150 miles of China. UCA campuses provide access to quality education outside of capital cities, foster regional hubs of technology and innovation and offer a uniquely immersive residential experience.

Khorog lies at the junction of the Ghund and Shakhdara rivers which divide the town into two sections. The rivers merge with the Wakhan river forming Panj river. Besides Khorog, the Oblast (Province) consists of seven districts. The Pamir Highway links GBAO with the rest of the country and runs through the middle of Khorog town. There is also a trade route from China through Central Asia, which is an important spot for all tourists. Khorog is lined with green poplar trees, and features picturesque traditional Pamiri houses. It is approximately 600 km East of Tajikistan’s capital, Dushanbe, and 700 km South from Osh in Kyrgyzstan.

Khorog is home to the world’s second-highest botanical garden in elevation, which was established in 1940. It holds thousands of high-mountain species and a variety of flora, which have great value to scientists. Khorog’s hydroelectric power station is the second main electricity generating plant in Tajikistan and was constructed on the Ghund river.

Phase I construction of the UCA Khorog campus was completed in 2017, and includes an academic block, laboratory building, student life building, and residences. During the campus construction, UCA created over 800 jobs, of which 95% were filled by Khorog residents. Currently, over 100 faculty and staff are employed full-time at the Khorog campus. These include important positions in facilities management, catering, mechanical and electrical systems, maintenance, security, cleaning, gardening, materials supply, laundry, transportation, leisure and sport facilities, and medical services.
When all phases of construction in Naryn, Khorog and Tekeli are completed, UCA is expected to generate more than 350,000 days of employment, with an economic impact of over US$750 million.

Building a University Town in Khorog

Economic development is at the heart of the University of Central Asia’s development strategy, which strengthens existing enterprises and promotes the establishment of new ones.

UCA was founded in 2000 as a private, not for profit, secular university through an International Treaty signed by the Presidents of Tajikistan, Kyrgyzstan, and Kazakhstan, and His Highness the Aga Khan; ratified by their respective parliaments and registered with the United Nations.

The Presidents are the Patrons of the University and His Highness is the Chancellor. UCA’s mission is to promote the social and economic development of Central Asia, particularly its mountain communities, by offering an internationally recognised standard of higher education, and enabling the peoples of the region to preserve their rich cultural heritage as assets for the future. UCA brings with it the broader commitment and partnership of the Aga Khan Development Network (AKDN).

UCA’s undergraduate programmes are located at its residential campuses in Naryn, Kyrgyzstan (launched in 2016), and Khorog, Tajikistan (2017). The Tekeli campus in Kazakhstan is expected to start classes in 2023. UCA’s School of Professional and Continuing Education (SPCE) in Tajikistan also has learning centres in Khorog, Dushanbe and Bohktar. 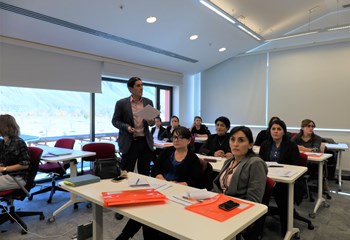 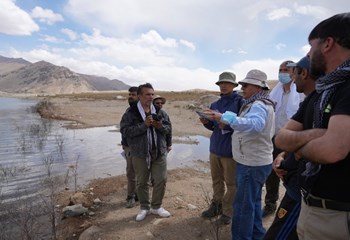 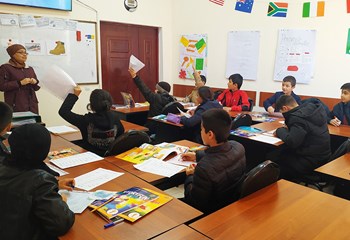 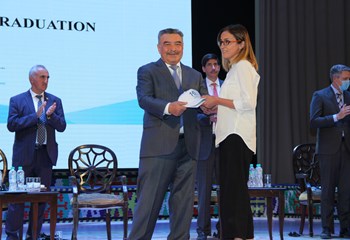