Air quality in Bishkek is one of the most commonly discussed topics among friends, colleagues or even during a bus ride. Residents of Bishkek are familiar with the daily Air Quality Index, which shows average smog levels in the city. The IQair website often shows the pollution levels in Bishkek as “unhealthy for sensitive groups”.

Even in the absence of large-scale industrial enterprises in the city, Bishkek has recently reached high rankings in the air pollution charts. In November 2019 based on the reports from IQair website, Bishkek was ranked as having the worst air quality around the world.

Based on the findings from a new study authored by Dr Roy Sidle and Dr Erkin Isaev, researchers at the University of Central Asia (UCA), “the main sources of air pollutants in Bishkek include emissions from motor vehicles, coal-fired power plants, and heating in private homes that burn coal and other solids.”

A recently published UCA study looked at the contribution of motor vehicle emissions to air pollution in Bishkek from 2015 to 2020. The lockdown introduced in March 2020 during the COVID-19 pandemic helped in developing a more precise picture of pollution in the city. “During these couple of months when transportation decreased significantly,” said Dr Erkin Isaev, “we received an opportunity for measurements that were previously not possible to calculate”.  During the lockdown, PM2.5 levels - fine particulate matter that is considered dangerous - decreased, along with other substances.  UCA research highlights that vehicles make up a significant part of the air pollution in Bishkek.

The research also discusses the so called “heat islands” in Bishkek, urbanised areas with higher temperature. Existence of these “heat islands” contributes to temperature inversion over Bishkek, where the cold air gets trapped by a layer of warm air from above. Temperature inversions result in stagnant air that might be potentially hazardous because the population of the city breathes in a concentrate of pollutants created by vehicles, factories, and heating.

Air pollution can be kept under control, but for this to happen, the Bishkek city administration needs to ensure continuous monitoring. From 2020, the Agency of Hydrometerorology also known as Kyrgyzhydromet, monitored PM2.5 with the help of 50 air quality sensors placed around Bishkek. In the future, the agency plans to establish four more air quality monitoring stations to measure related atmospheric pollutants, including nitrogen oxide, carbon monoxide and sulfur dioxide among others.

All these substances are toxic and can cause bodily harm. These are formed primarily when fossil fuels are burned and enter the atmosphere as exhaust from motor vehicles and heating units. Nitrogen oxides are produced by thermal power plants, industrial plants, and automobiles, and they lead to oxygen deficiency by directly affecting the central nervous system, resulting in a constant decrease in immunity. Carbon monoxide (CO) and sulphur dioxide (SO2) enter the atmosphere mainly from the exhaust gases of vehicles, emissions from industrial enterprises, and fossil fuel power stations, and considered highly toxic. Formaldehyde (HCOH) is formed by incomplete combustion of liquid fuel (primarily from vehicles) and is a strong allergen that induces mutagenic effects.

This research was conducted in cooperation with  researchers from  UCA’s Mountain Societies Research Institute (MSRI), the Ministry of Emergency Situation of The Kyrgyz Republic and the Agency on Hydrometeorology under the Ministry of Emergency Situations of the Kyrgyz Republic (Kyrgyzhydromet). In November 2021, MSRI signed a Memorandum of Understanding with the Government of Kyrgyzstan to collaborate on crucial research in the fields of global warming and climate change, disaster risk reduction, air pollution and improving air quality, glacier observation, water security, energy, sustainable development, and providing society with sound information for decision making through data integration, synthesis. scenario analysis, modelling, and other tools of development. 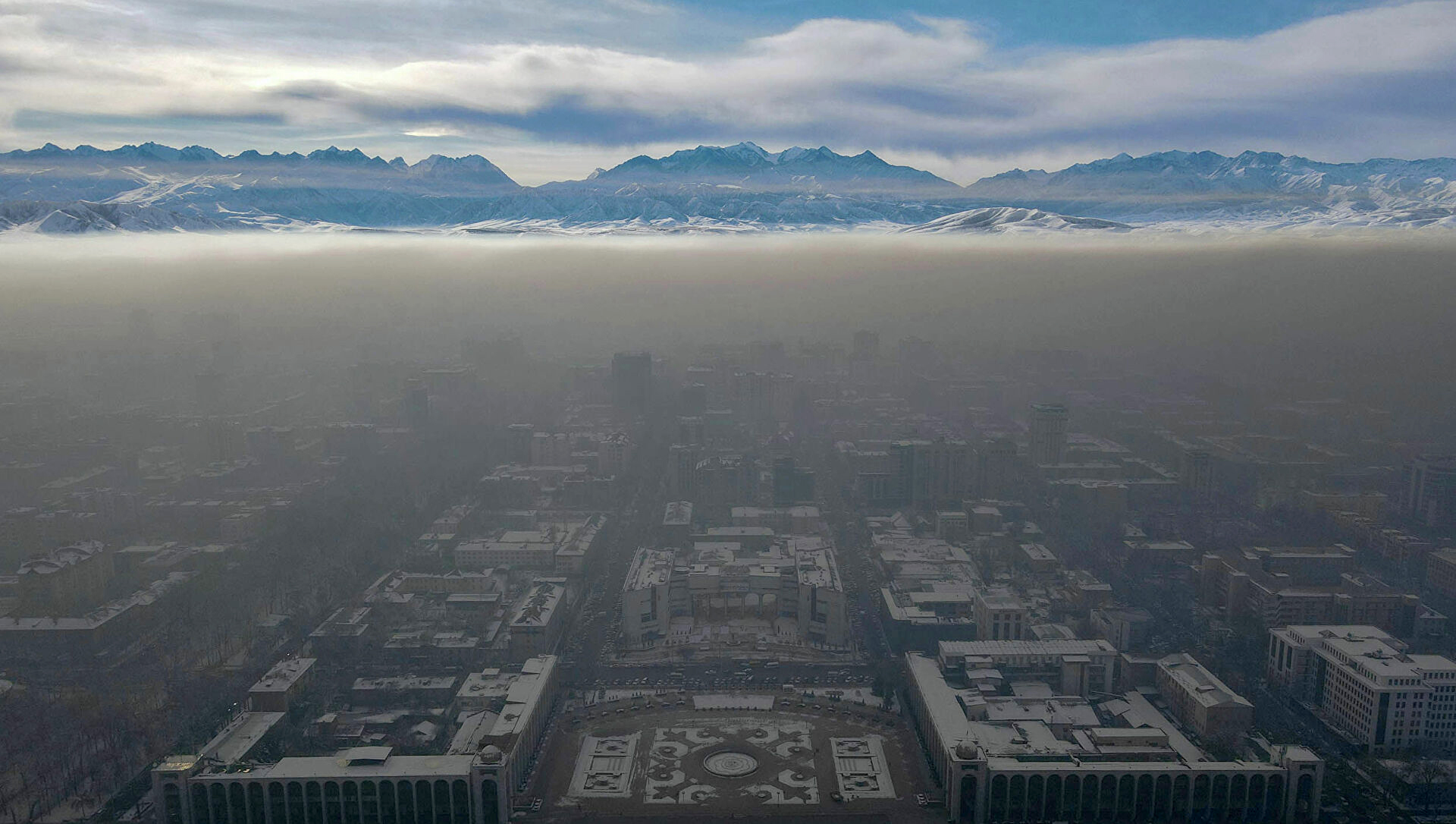